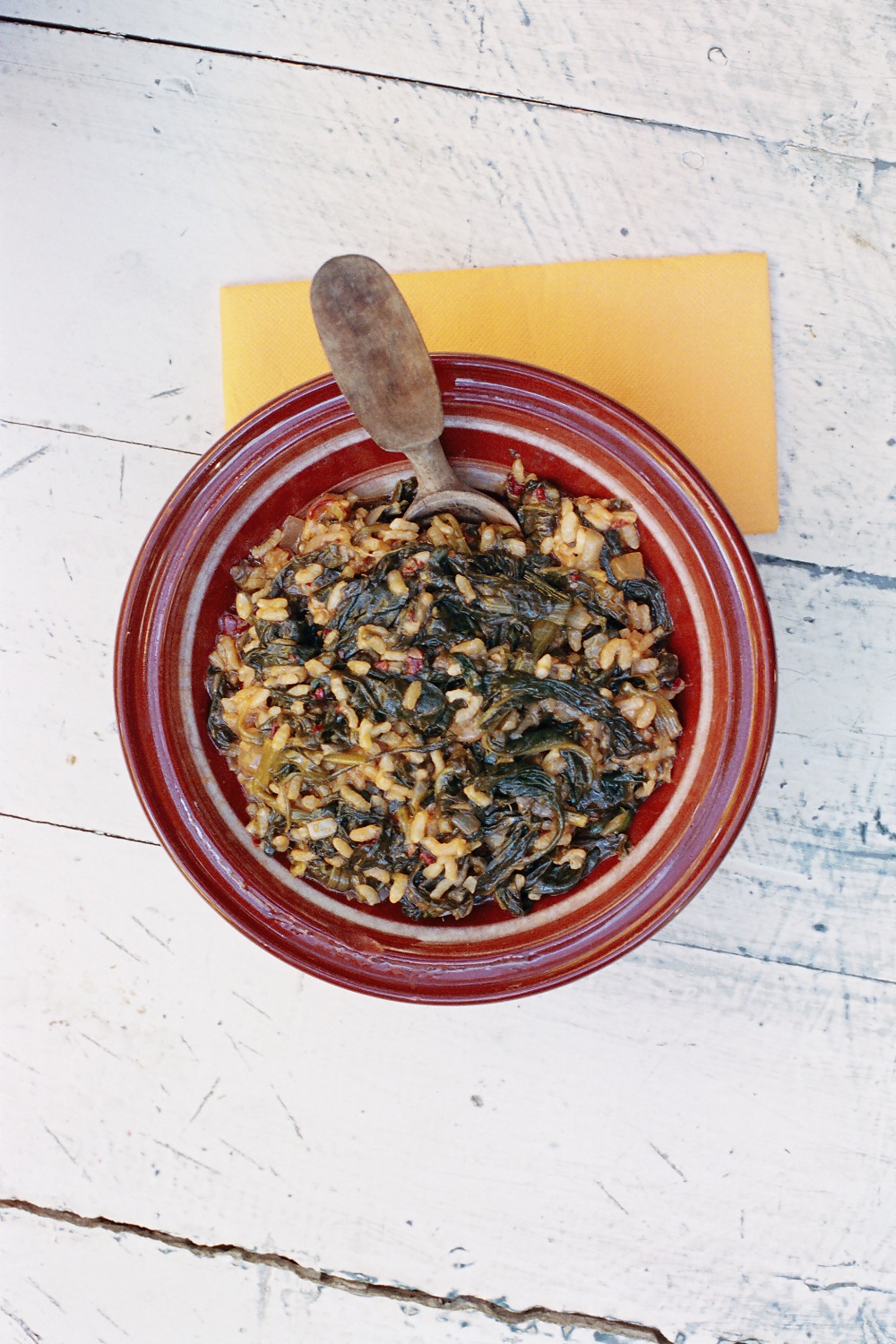 There’s something special about the cooking of the monasteries of Mount Athos. Not only because most of the ingredients used in their recipes are produced locally, by the monks themselves. But also because the long fasting periods directed by the Orthodox Church, influence the way monks cook, in a particularly creative way.

In a deep pot, sauté the onions over medium heat, until they start getting translucent. If you are using the Smoked Chili Flakes, add them at this point along with the onions. Add the greens and Extra Virgin olive oil, stir well.

Add 1/2 glass water, the tomato paste, the Peppermint Leaves and the rice. Stir again, then cover and simmer on medium-low heat for approximately 20 mins or until the rice is cooked.

The exact quantity of water needed will depend on the type of greens, certain types will release more liquids than others. Add the freshly squeezed lemon right before turning off the heat.

This spinach rice will taste better warm or at room temperature. Let it rest for at least 10 mins before serving. Enjoy!

Daphnis and Chloe is a culinary herb and spice company dedicated to cooks who are looking for Mediterranean ingredients of the finest quality.